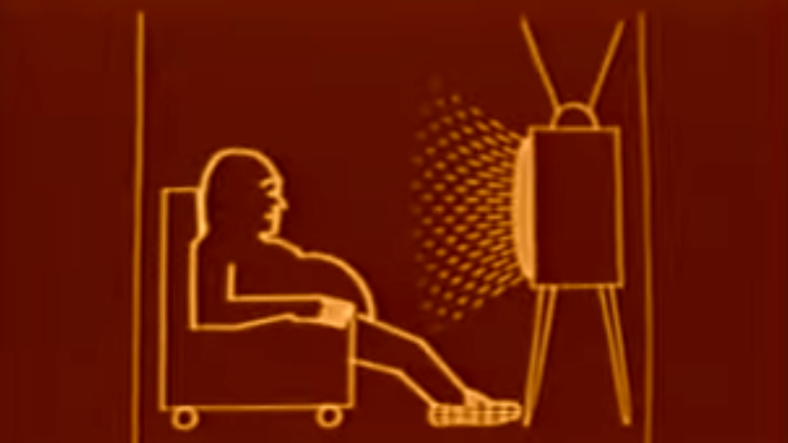 By Timothy Furstnau (2000). Film by Dennis Palazzolo and narrated by Vito Acconci.

One day, you’re going to die.

Your life will just end, right then and there. You will be no more.

It probably won’t be pretty like in the movies or in fairytales. Maybe something extraordinary will happen, but probably not. Sometimes people have enough energy to say or do something meaningful right before they die. And that’s nice. But that is uncommon. Usually, people just die.

And you’re going to die, too.

Some people will say nice things to make you feel comfortable before you die. Others will tell you wild stories that say you’re not actually going to die. But those people are only nice, not honest. Because you really are going to die.

There are many ways to think about dying, different stories to tell and different things to think dying is like.

But death happens to people on the same way, no matter which way they think about it.

Everyone dies and is no more.

Because we are so good at making up stories and believing them, you may even begin to experience dying in a way that may fit one of your stories.

And that is okay.

But then you’ll die and it won’t matter what story you had. When you die, you won’t be able to see if your story was right or not, because there will be no story and no person to believe or compare stories.

You will be dead.

You won’t go anywhere and you will not even stay in the same place, because there will be no “you”.

There won’t be forever because you won’t be there to feel there’s forever.

You will be dead.

And you won’t be able to think; “Gee, I’m dead”. Because you can’t even think or feel or be anything besides dead when you’re dead.

Death can happen at any time.

Sometimes little babies die. Sometimes mommies and daddies die. And when people get too old, after they have had lot of life, they die.

And you’re going to die, too.

Sometimes it hurts when you die, and other times people don’t feel a thing. We only know what people say and do right before they die.

After you die, you won’t feel anything. Not even pain.

But people who are still alive when you die might hurt because you are gone. And that is ok.

People love other people and it usually hurts when people we love die. We even comfort ourselves with those stories that the dead person is not really dead. And that is ok too.

But of course, everyone dies.

And you will, too.

That is why you should love life.

There are lots of things in life that seem bad, but since life only happens once, and there is only one “you”, love life while you can. No matter what happens.

If you love life this way, when it comes time to die, you will be happy because death is the perfect end to life. Life is only good because death ends it.

So live and love life…

Because you don’t even know how, when or why, but since you’re alive…